Since its inception in 1995, IBackup has been an open, highly customizable secure online backup, online storage, access and data sharing solution with several possible interfaces and options to backup, retrieve and manipulate data. IBackup has won many awards including the ‘Webuser Gold Award’ awarded by UK’s best-selling internet magazine, ‘PC Magazine Editor’s Choice’ and was the ‘favorite backup service’ for PCWorld Magazine when they profiled 17 similar services. They have the necessary infrastructure and backup technologies to backup / retrieve messaging servers such as MS Exchange and critical databases such as MS SQL server to backup data as the databases are running. It simple means that the application products integrate seamlessly with the IT infrastructure at the same time ensuring a minimal Total Cost of Ownership.

Here are 8 notable features of IBackup 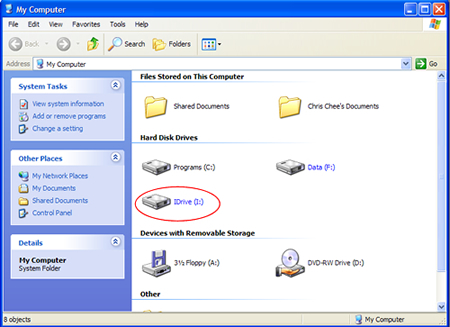 IDrive is the easiest feature for any user. What IDrive does is deploy itself into your computer as another drive. After that, all you need to do is only drag and drop. The Intelligent caching system will update your local cache with the latest version of data in IBackup, if modified by other users in a collaborative environment. 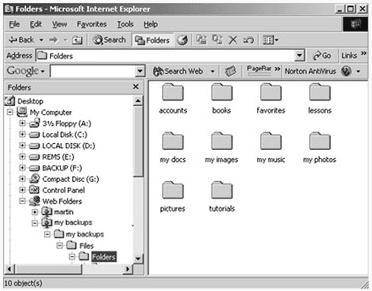 Having IBackup function like a web folder enables direct editing of supported office files including Word, Excel and PowerPoint directly from within Internet Explorer or from your Desktop. Recommended for corporate environments due to its firewall friendliness and full 128-bit SSL support. 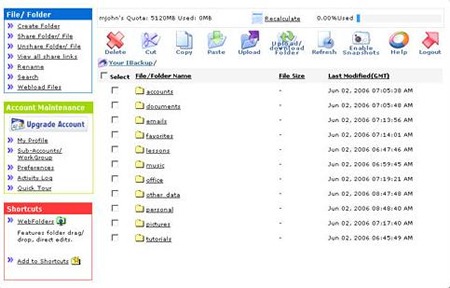 A browser based application that lets you create folders, upload, webload files, rename, move, delete and share files or folders with others for collaborative access. 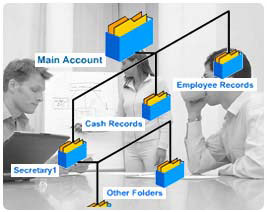 Allows creation of a sub account on any folder in your online storage account. For example, it’s useful to provide access to files (and folders) within that folder to other employees and business partners. 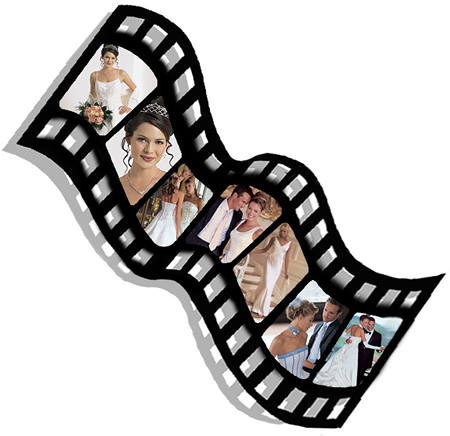 Create ‘Playlists’ or do ‘Shuffle’ using your favorite Media Player pointing to IDrive’s media files that will starts streaming instantaneously.

IDrive for Mac is a desktop interface which includes all the same features such as copy-n-paste, drag-n-drop, direct editing. 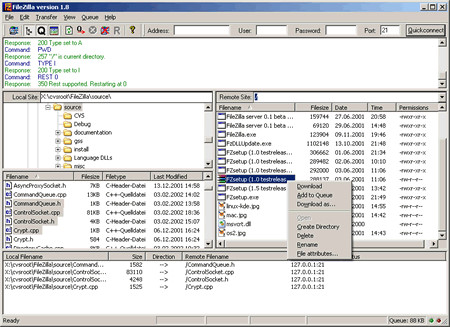 IBackup Workgroup and Economy subscription accounts are compatible with most FTP clients on most platforms providing a powerful flexible tool to transfer files. 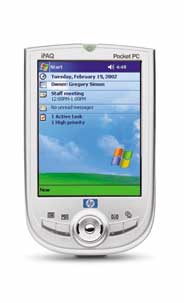 Provides added flexibility of accessing data stored in IBackup accounts while on the move using handheld devices such as Blackberry, PocketPC and Treo.