I have been a full time blogger for like 9 months now. I started way back in Novermber 2006 and here’s the first post that I ever wrote on rangit.com. 9 months is actually a short time, and throughout these 9months, I learned tons of things. They were things I wish I knew when I first started blogging. Below are the 10 things that I think all blog newbies should know about before jumping in. 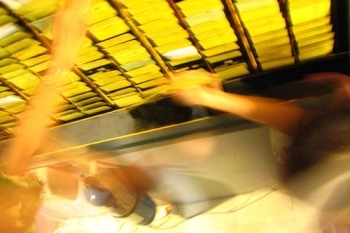 This is the No.1 mistake I made. Seriously. I was living on my savings for the past 7 months. I always thought that having a website was like having a service that is accessible by anyone in the world. And if I had advertisements placed around it, I’ll be rich in no time. Guess what? I was wrong. It was a mistake.

My budget was so tight that I couldn’t afford to go out with my buddies during the weekend for a drink. It was bad. My blog was like a leaf in a garden that didn’t stand out. I had AdSense installed but I was like making $0.01 a week! How pathetic can that be? I have read other blogs and have seen others making it in 2 months and thought that I could do the same. My savings was only enough to sustain my lifestyle for 3 months at most. Who knew it took 7 freaking months! What an experience that was. 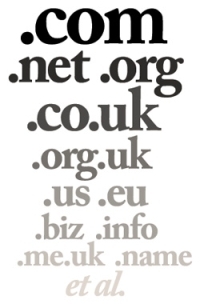 When I first started, I wanted a blog that is interactive in a sense that it allows an user to rate the product mentioned. And so I searched for a domain name, keeping in mind that it has to be short and sweet. I ended up with the domain rangit.com (this blog) as an anagram to the word ‘rating’. At that time, i called my this site ‘because you value yourself’. 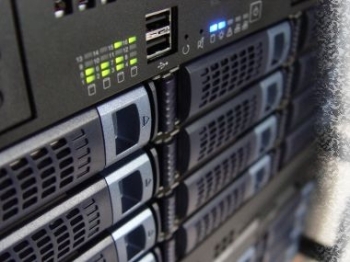 When I first started blogging, I had no idea how hosting went. I made a mistake by registering my domain name together with the host. The problem is, I have no control over the domain name. A simple step of redirecting nameservers took days. If I had control over it, I would have just changed it in a minute. Lesson learned. 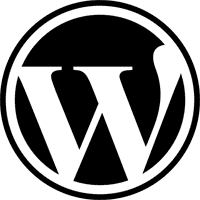 I always wanted to be different and at that point of time, Joomla! was a new open source project and it received good reviews. What i didn’t know was that Joomla was still a baby and couldn’t perform a lot of the other features that WordPress can. I installed it anyway and blogged on that platform for almost 4 months. Those were really frustrating months. If you’ve followed me since the birth of rangit.com, you’ll know. 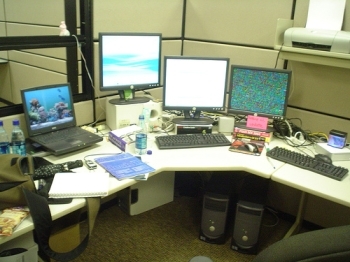 I made a mistake by registering 4 blogs. I thought that more blogs meant climbing up the social ladder, faster. Wrong. It was proven when I couldn’t concentrate on all 4 at the same time. In the end, I had no choice but to prioritize. Look at losu.org and compare it to rangit.com. Rangit.com far supersedes in terms of traffic and posts. Oh well, I gotta learn to better manage my time.

All my blogs have the same URL structure.

Though it’s not too bad in terms of search engine friendliness, I would have preferred 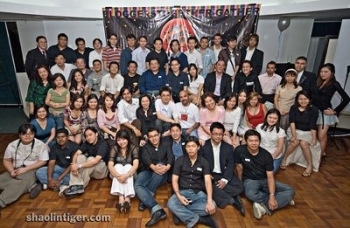 There’s a question mark for a reason. For the past 9 months, there were at least 5 different blogger gatherings around my area. I wanted to join in the fray, but I thought, ‘Hey, how can i go? I have nothing solid to offer? The bloggers who will be attending are already making 5 figure income, known all around the local blogosphere and have a legion of loyal readers.’

Most of my friends are not bloggers. I have no blogger buddies. My blogs are not as famous as theirs and I make much less money than them. I felt that the only way for me to avoid being neglected is to make it in the blog world first, before attending any gathering. Of course it’s no harm attending the event, but I think it’s better to attend it with confidence and knowledge that I have something to offer too. Tell me I’m wrong. 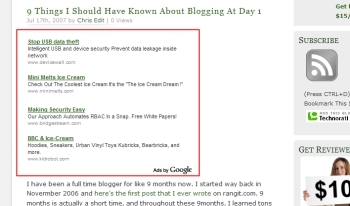 Ah… I only found out about the BESTEST spot to display an advertisement ONLY 3 weeks back. What a waste to the months before. You can even see it in action. Tons and tons of other bloggers have already been doing it. 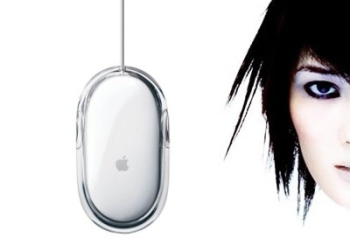 I didn’t realize but the choice of niche affects your revenue. I didn’t know that keywords like ‘hair’ and ‘computer’ had a difference. I always thought that all keywords are more or less the same. Too bad I only learned about it after a few months of writing. Oh well, at least now I know what to focus on more.

I doubt you’ll ever see this, but when you say acronym, you actually mean anagram. An acronym is an abbreviation like U.S.A is an abbreviation of United States of America. An anagram is the rearrangement of the letters in a word.